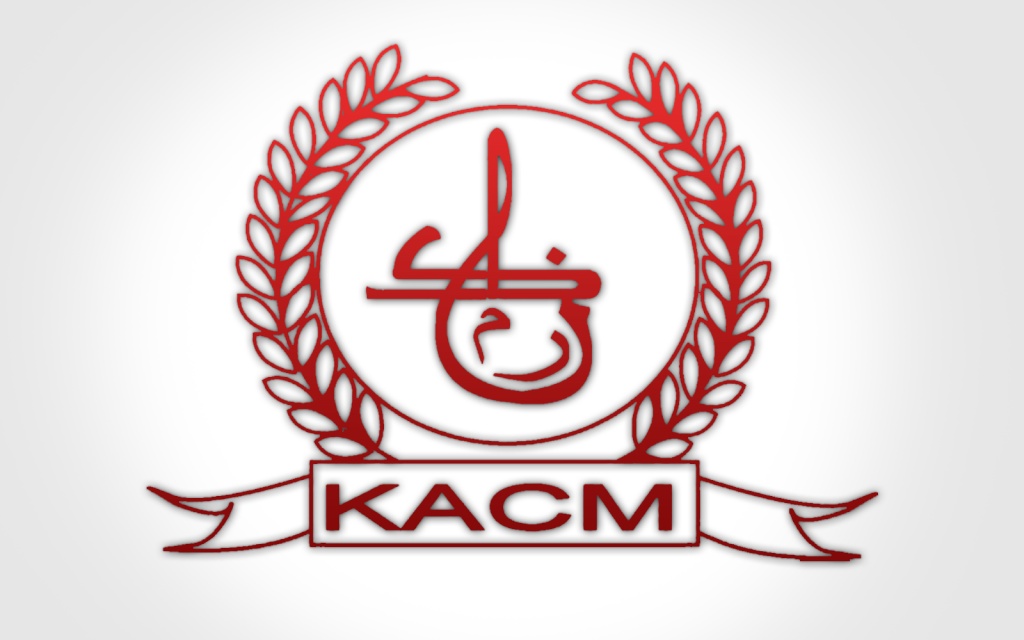 In 300: March to Glory, the player, as Leonidas, uses their sword, spear and shield and the power of the soldiers in a battle to determine the very fate of western civilization. 300: March to Glory will be a visceral experience focused on action and combat, allowing the player to fight both solo and in a phalanx alongside his fellow Spartans.

underworld. Backed-up by his G Unit soldiers, the streets heat up as 50 Cent takes on the most dangerous crime families in the city. Players assume the role of 50 Cent in a fictitious story, where they will use an arsenal of tactics including more than 25 dramatic counter kill moves, evasive rolls and mobile cover to stay alive while the bullets fly.

The game also includes exclusive new tracks and remixes from 50 Cent, music from his multi-platinum albums Get Rich or Die Tryin’ and The Massacre and over a dozen 50 Cent and G Unit music videos.

Seven Wonders lets you journey where no one alive has ever gone before. Travel to the Great Pyramid of Giza, the Hanging Gardens of Babylon and trek through the Mediterranean islands to behold the glory of ancient Greece. You have to build the 7 Wonders of the Ancient World. Time is short and the journey is filled with peril. You must match three same-colored magical rune coins to supply your workers with the building stones needed to create the Seven Wonders.

The Ace Combat level of excellence comes to the Sony PSP portable system in an all-new game designed specifically to take advantage of the handheld’s capabilities. Enter into an entirely new highflying action-packed world that will challenge your abilities in new ways as you take on the role of an ace pilot defending the country of Aurelia. The player’s adventure begins after the neighboring country of Leasath, who filled with secretive motives veiled behind long internal conflict, has invaded. It’s time to liberate your country for freedom for all! This first PSP installment of the popular Ace Combat franchise features a suite of highly detailed and realistically modeled licensed aircraft. New additions include original aircraft and Wi-Fi multiplayer, ensuring that Ace Combat for the PSP will be a memorable, and must have experience.

Flight on a perfectly recreated World War II aircraft! Revive the most exciting air battles like Pearl Harbour directly from your cabin. A deep history setting and realistic briefing sessions make this game a true simulation. Choose to fly in simulation or arcade mode. Play the free flight mode if you want to experience both the flying simulation and combat mode. Bring your skills to the edge to unlock a full range of secret airplanes

Activision Hits Remixed lets PSP system gamers relive the dawn of home console gaming while on the go by delivering over 40 of the biggest Atari 2600 titles, such as Pitfall, Kaboom!, Chopper Command, Stampede, Keystone Kapers, to the PSP (PlayStation Portable) system. With the game’s multi-player supported classics, players can choose whether they want to game together utilizing a “Game Share” feature that allows two friends to play together using only one copy of the game or take turns on one PSP system or play via the game’s wireless functionality. Activision Hits Remixed also features a rockin’ 80’s themed soundtrack, modernized front-end graphics, classic game manuals which include tips and photographs, and a host of retro unlockables.

A unique piece of software from FromSoftware, Adventure Player is creator software for gamers to make and trade story-based ‘Play Novel” adventure games with full graphic components. Create interactive stories, create images to go along with the story, and trade adventures with friends to play on their PSP with a Memory Stick Duo. A number of classic FromSoft adventures have also been converted to text as a sample for gamers to play through.

The world of Aedis Eclipse is divided into three worlds, the divine, upper, and lower. Each world has their own main character and story; therefore, players can experience three different stories at once. Depending on which world the player begins with, the difficulty level will differ. The lower world is regarded as the beginner’s stage with many tutorials to guide the player through the game. The higher the world you choose to play with, the more difficult it becomes.

Story
DIVINE WORLD: In a world where angels and demons lived together in peace, tragedy strikes as the king of demons is assassinated by a radical group of angels. Now, a war has broken out between the two factions and you must stop them from destroying the world.
UPPER WORLD: A young knight has arrived in a kingdom ruled by a ruthless ruler. His fellow comrades have been captured by the royal army and you must rescue them before it is too late.
LOWER WORLD: Another boring day of school is suddenly interrupted by a surprise bombardment. Whil most students flee for safety, you decide to watch the battle. In a bizarre turn of events, you are dragged into the bloody warfare.

After Burner: Black Falcon takes flight with intense arcade-style air combat, where gamers will fly at maximum speeds using high-powered weapons to destroy land and air-based enemies. With the robust customization, players can arm each military jet with an array of weapons, design customized aircrafts, and improve performance by installing a variety of engine components for faster, more maneuverable fighter planes. Players will also be able to acquire various weapons and aircraft by defeating squadrons of enemies and special bosses.
Numerous multiplayer challenges will be available in competitive and co-op modes. Gamers can challenge up to seven other players competitively via ad-hoc in a variety of modes, or work with another pilot to achieve co-op goals.

TOKYO–Marvelous Interactive’s A.I. Series Shougi for the PSP seems to be a pretty standard Shougi game, albeit with a number of nifty features that makes it worth playing on a portable device. For those unfamiliar with the concept, Shougi is best explained as Japanese chess, since it is played with pieces that move around similarly to pawns, bishops, and other chess pieces. Of course, there are a number of differences, including that fact that a Shougi board is nine squares by nine squares, the fact that you can “queen” all your pieces, and the fact that you can use the pieces that you’ve captured from your opponent. A.I. Series Shougi features standard Shougi gameplay, as well as a number of twists.

In Alien Syndrome, players will take control of the game’s strong and enigmatic heroine – Earth Command Trooper Aileen Harding – and battle a variety of fearsome aliens and colossal bosses. Gamers will choose from a wide selection of character specialties and skills as they progress through an engrossing campaign, protected by many different types of armor and using a variety of melee and ranged weaponry. Players can improve their heroine’s statistics and discover a huge number of powerful new abilities as they fight through infested spaceships and bizarre alien planets.
Alien Syndrome features 20 different weapons including flamethrowers, quad-barreled lasers, nanobot swarms that dissolve enemies, and incendiary grenades that shoot fire geysers from the ground. Each weapon offers advantages and disadvantages, dependent upon how it is used and the specializations players have chosen to adopt. Alien Syndrome’s fast-paced combat also allows for any number of combat strategies to defeat over 100 different alien enemies at one time.
For gamers on the go, Alien Syndrome on the PSP system is Wi-Fi enabled so that up to four players can play cooperatively in various multiplayer modes.

Developed by Sierra exclusively for the PSP and based on the 20th Century Fox film of the same name, Alien vs. Predator: Requiem allows players layers to become the ultimate Predator, hunting down and eliminating the Alien species in the authentic universe of movie.

To become an expert in monkey business, you first have to go to monkey school, so enrol now at the craziest college the world has ever seen. You can work your way up through the school years by winning wacky mini-games, but keep an eye on your classmates - students they may be, but when it comes to trouble and tomfoolery, these goofy monkeys are pros!

Ape Academy 2 is the next stage in monkey mayhem on PSP. Players join the monkeys following their graduation from the ‘Ape Academy’ as they square off in a zany “Scissors, Paper, Stone” card battle!

Specter has failed over and over again in his attempts at taking over the world, all because of a few inept apes. To rectify his problem, he decides to form the Ape Escape Academy, where he, serving as principal, will train apes to follow his will. In this story-driven mini-game collection, players can work their way up through six school years by winning wacky mini-games. Be sure to keep an eye on your classmates – students they may be, but when it comes to trouble and disobedience, these monkeys are pros.

Based on the popular Ape Escape

handheld entertainment series this spring. Family-friendly, Ape Escape for PSP will feature multiplayer functionality and a wide variety of mini-games for players of all ages. This imaginative game provides players the challenge of capturing more than 200 monkeys in eight vibrant worlds spanning across more than 20 levels in order to prevent them from changing history! When a trouble-making monkey named Specter gets hold of the Professor’s Peak Point Helmet, chaos ensues. The powerful device, which can increase a human’s intelligence, has a disastrous effect on Specter, transforming him from a sweet, mischievous monkey to a power-hungry monster who has his heart set on ruling the world. The power of the helmet enabled Specter to break free from his cage while also allowing him to free hundreds of other monkeys at the zoo. Specter and the monkeys escape to a nearby laboratory where the Professor, who created the Peak Point Helmet, is working on his latest invention, a time machine. Taking control of the laboratory, Specter and the other monkeys use the time machine to escape into the past. The adventure begins when the player takes on the role of a brave young boy named Spike, a friend of the Professor. Spike’s mission is to pursue Specter and the monkeys who have fled to the past in order to prevent them from changing history and taking over the world. 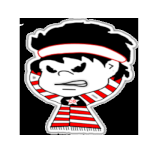